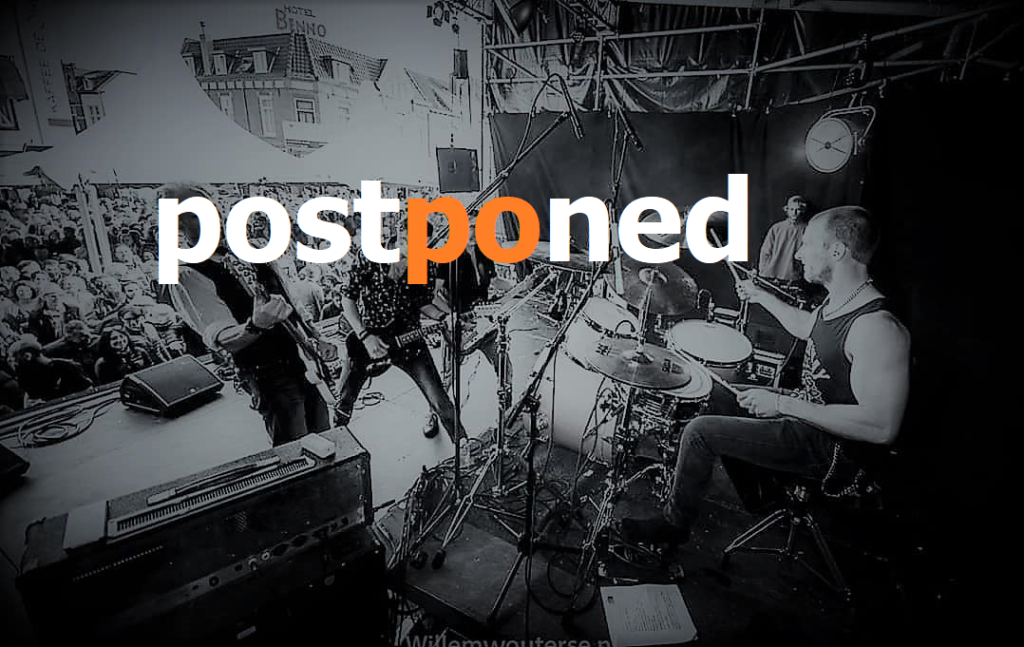 The Status Quo Forever concert in Café Wilhelmina in Eindhoven has been postponed again. The show of this Status Quo Tribute Band could be followed via a live stream. A lot of fans had already signed up for this. After January 3, January 31 and March 14 were not feasible, it has now been decided not to schedule a new date for a while. First some more clarity about the possibilities. Of course, tickets already purchased remain valid.

The number of corona infections is on the rise again. As a result, there is little prospect of easing by the government in the short term. Obviously because Status Quo Forever abide by the rules. It is therefore almost impossible to perform live, with due observance of the rules. The livestream of the Status Quo tribute would be recorded from the stage of Café Wilhelmina, a bar that is currently not allowed to open. The production would be professionally supervised by a team from Mohr Music. Altogether quite a few people are involved in the making so the required 1.5 meters can not be guaranteed. And how does a Status Quo Tribute stick to the rules without a negative impact on the quality of the show?

So we have decided to postpone the performance until a date when more is possible. Maybe even with an audience. We will keep you informed!